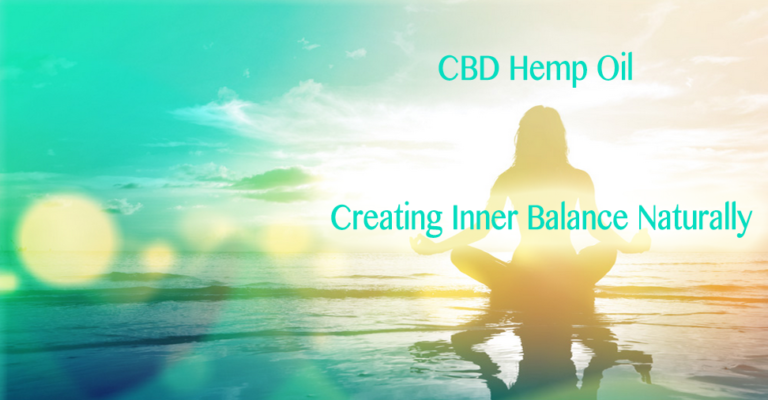 How Does CBD Affect the Endocannabinoid System?

The endocannabinoid system includes two primary types of receptors that bind to cannabinoids: CB1 and CB2. Unlike THC, which fits directly into the CB1 receptor, cannabidiol does not fit into either type of receptor perfectly. Instead, it stimulates activity in both receptors without actually binding to them. This results in changes within any cells that contain either receptor. Because CB1 and CB2 receptors are present throughout the body, the effects of CBD are systemic.
According to Project CBD, research has also shown that CBD counteracts the psychoactive effects of THC by inhibiting its effects on CB1 receptors. 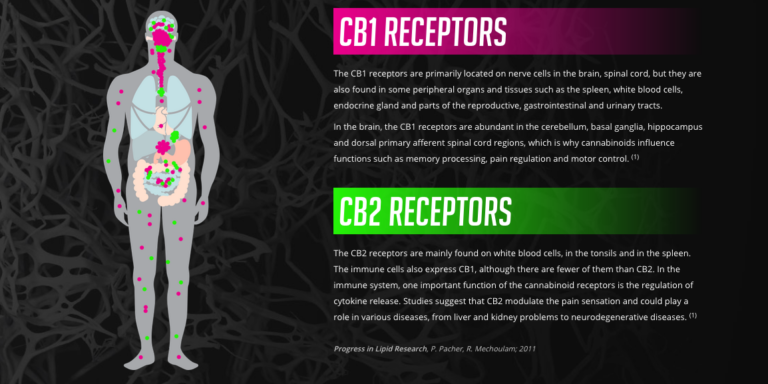 When introduced into the endocannabinoid system, CBD causes an increased release of 2-AG, one of the endogenous cannabinoids. Like CBD, 2-AG stimulates both CB1 and CB2 receptors, which enhances the overall effect on the body. Studies published by the National Institutes of Health have shown that cannabidiol also inhibits the activity of fatty acid amide hydroxylase, or FAAH. This slows the deterioration of anandamide, another important endogenous cannabinoid found naturally within the body.

Other Effects of CBD

In addition to its impact on the endocannabinoid system, CBD also affects the body in other ways. For example, CBD binds directly to a G-protein coupled receptor known as TRPV-1, which is responsible for mediating body temperature, perceptions of pain and inflammation. CBD also activates serotonin receptors. Furthermore, studies conducted by the California Pacific Medical Center have shown that cannabidiol has the power to inhibit the ID-1 gene, which is known to cause several aggressive cancers, including certain cancers of the breast, brain, lungs, ovaries and pancreas. 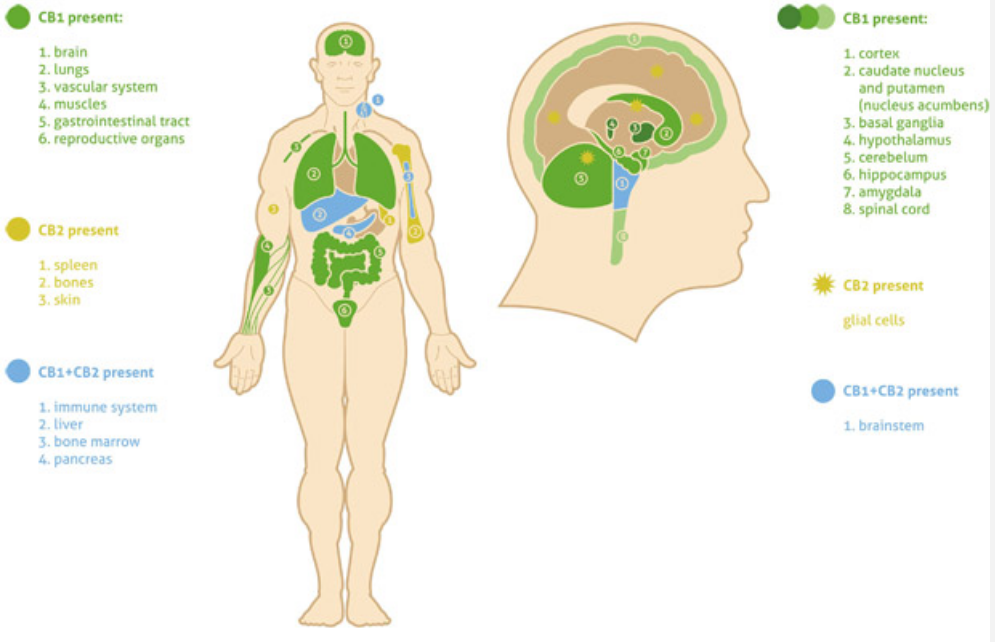 Cannabidiol’s impact on the endocannabinoid system, as well as its other effects on the human body, indicate that this substance may be useful in treating a variety of medical conditions. For example, the medical community has already identified that THC can be an effective treatment for multiple ailments, including the side effects of chemo. Because CBD inhibits the negative effects of THC, it stands to reason that administering the two substances together could be even more beneficial than treatment with THC alone. Likewise, cannabidiol’s stimulation of the endocannabinoid system promotes homeostasis within the body, reduces sensations of pain and inhibits inflammatory processes. Finally, CBD’s effects on other genes and systems, such as its inhibition of the ID-1 gene, indicate that it may be an ideal treatment for certain types of effective cancers.

Medical research involving the possible uses of CBD is ongoing, the list of conditions CBD could potentially treat continues to grow. Currently, the list includes the conditions listed above, as well as mood disorders, diabetes, heart disease, glaucoma, asthma, stroke and many more.